Researchers studying the formation and outward spread of elements in the earliest days of the universe have created a 300-day simulation of a hypernova using one of the world’s most powerful supercomputers.

A team led by Ke-Jung Chen from the Academia Sinica Institute of Astronomy & Astrophysics in Taiwan concentrated its efforts on hypernovae – 100 times more powerful than standard supernovae – which only occur when stars roughly 120 to 250 times the mass of our sun explode.

“The larger the simulation scale, to keep the resolution high, the entire calculation will become very difficult and demand much more computational power, not to mention that the physics involved is also complicated,” Chen said. 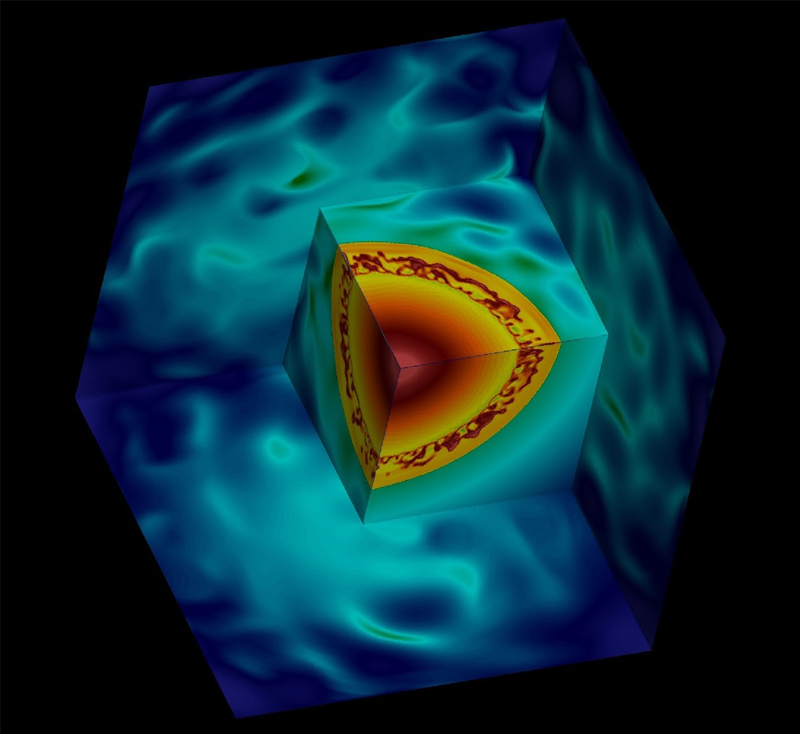 Supernovae occur all the time, but hypernovae are rarely seen in the ‘modern era’ of the universe. Scientists suspect these might have been the forges which created many of the heavier elements seen across the universe, and therefore might help unlock the origins of life and the universe itself.

There are two main types of supernova explosions: core-collapse (when a star runs out of fuel) or pair instability (when electrons and positrons create chaos inside a massive star).

The researchers focused on this pair-instability type as it produces large amounts of Nickel-56 – the radioactive isotope of nickel – the decay of which creates a supernova’s afterglow that we can observe long after the initial bright flash of the explosion.

The team used the Cray XC50 supercomputer at the National Astronomical Observatory of Japan’s (NAOJ) Center for Computational Astrophysics (CfCA), previously one of the world’s fastest such devices.

This simulation ran for 300 days, compared to the previous record of 30 days, so the sheer volume of calculation and computational power required is staggering. But with some tweaks and deft mathematical skill, the team pulled it off.

The gas movement and the radiation inside an ongoing supernova are extremely difficult to code for. Despite this difficulty, the researchers observed a hot Nickel-56 bubble forming a shell roughly 200 days after the initial blast.

This indicates that roughly 30 percent of the energy from the explosion is expended in gas movement, leaving the remaining 70 percent available for supernova luminosity, making these hypernovae “the ultimate cosmic lighthouses,” perfect for study by the upcoming James Webb Space Telescope and its contemporary next-generation probes.

Better research of these hypernovae and their underlying processes will help extend the outer limits of scientific understanding and further our knowledge of our ancient celestial history.