President Donald Trump retweeted an article Thursday night that contained the name of the alleged whistleblower – Eric Ciaramella – who filed a complaint about his dealings with Ukraine President Volodymyr Zelensky.

Although he did so indirectly, it is the first time that Trump has revealed the name in this rather public manner.

Mediaite explains that it happened after Trump’s official campaign re-election account, the Trump War Room, engaged directly with the whistleblower’s attorney, Mark Zaid. Zaid blasted GOP Senator Marsha Blackburn for her attacks on Ciaramella and even demanded she step down from the Senate Whistleblower Protection Caucus.

Ezra Levant joins Alex Jones to discuss the motive behind propagating ‘Trump Derangement Syndrome’ throughout the American populace and the global population.

The Trump War Room responded by telling Zaid that Ciaramella (assuming he’s indeed the whistleblower) “is not a real whistleblower,” after which the account linked to an article outing him. This tweet was later retweeted by President Trump: 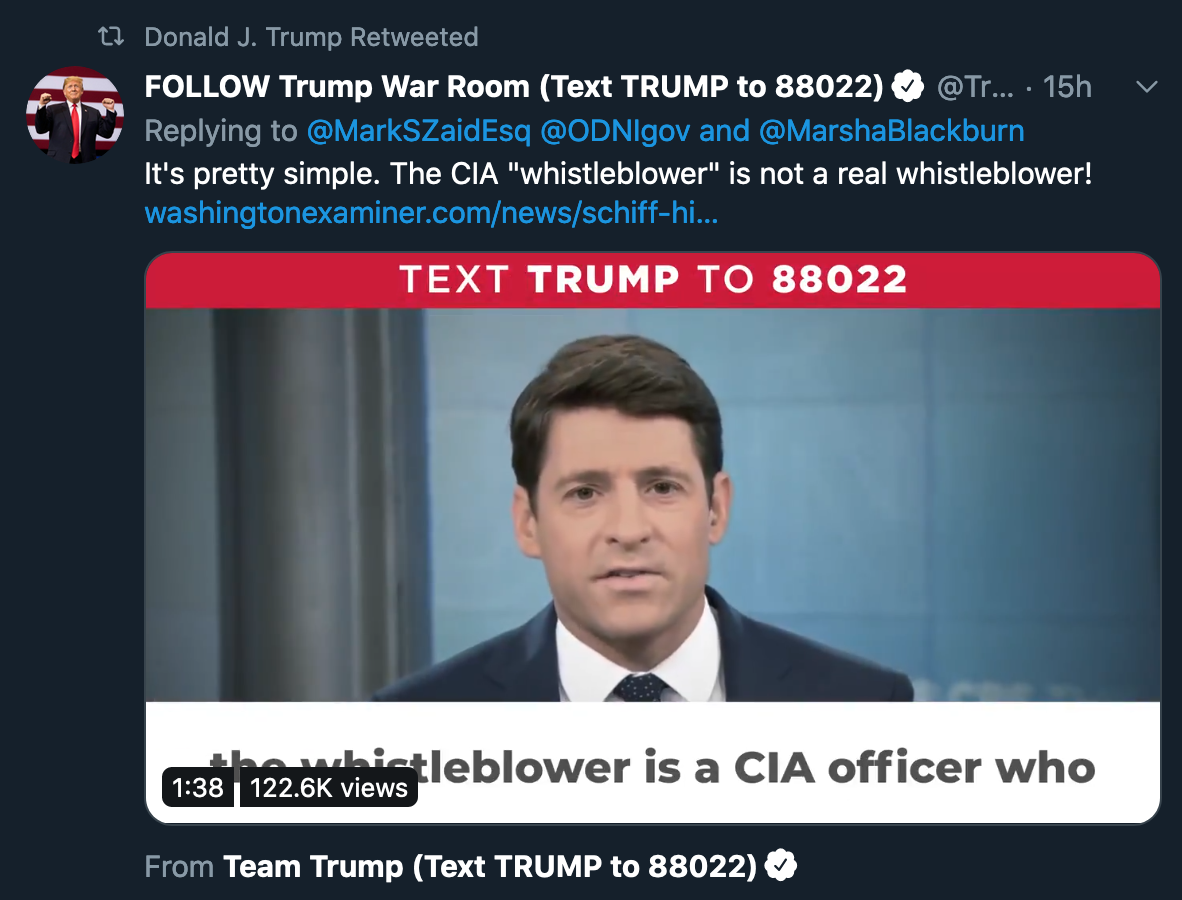 Of course, the mainstream media have yet to name Ciaramella as the whistleblower. Conservative outlets have had little trouble outing him, however, which makes it rather interesting that the left-wing media refuse to do so. After all, the name is out there.

There’s literally no reason to believe they’re “protecting” him by pretending they’ve got no idea who he is.

On the other hand, few people had expected Trump to go public with the name. Yes, he’s famous for speaking his mind and for fighting back when attacked, but this goes a bit further than that.

Let’s face it. The supposed whistleblower has played a horrible role in the impeachment process. He is the tool Democrats have used to try and take down President Trump.

Knowing Trump, what’s most surprising is that he has waited this long to out Ciaramella and that he did so indirectly, rather than by simply tweeting out the name for all to see.

As for Ciaramella: if he’s a big enough boy to complain about the president in order to start this impeachment sham, he should also be able to deal with public criticism.

Alex Jones breaks down recent revelations from the New York Times about the dangers of the public spy grid.

Also, the sales continue with our Mega Pack sold AT COST during the Extended Christmas Super Sale!