A Twitter user called ‘holy noa’ remarked, “idk maybe pedos aren’t the good guys” and was made to delete the tweet.

Twitter said the tweet was a violation of their “hateful conduct” rules, which forbid people ‘harassing’ others on the basis of sexual orientation. 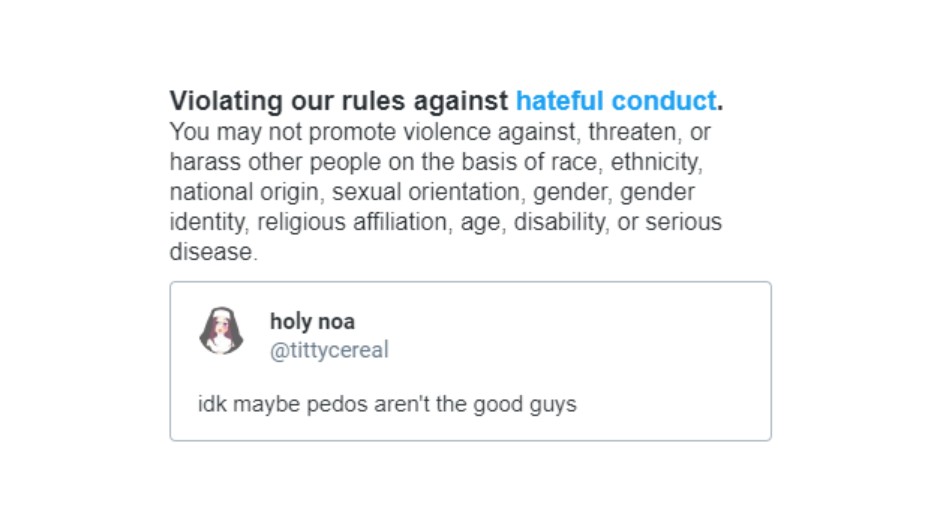 Gee, it’s almost like censorship always ends up on a slippery slope to absolute absurdity.

Here’s a novel idea; Just let everyone have free speech.

As I document in the video below, some see the increasing trend of treating pedophilia as just another alternative sexual lifestyle as a pre-cursor to the collapse of culture.