An ad for a Porsche garage in the UK featuring a sexy female mechanic was banned by the Advertising Standards Authority after a single complaint.

The commercial for Strasse, a Porsche garage in Leeds, was published in the February issue of 911 and Porsche World Magazine.

Captioned “attractive servicing,” it shows a female mechanic in a figure hugging black outfit and pink heels working under a car.

The Advertising Standards Authority banned the ad after a single complaint despite Strasse’s appeal which argued that it “empowered” women.

I thought this kind of sexist sh1t went out with the dodo, but sadly not… https://t.co/3mnGRy4oEF #marketing #advertising

“We concluded the ad was not sexually explicit, but by using a suggestive image that bore no relevance to the advertised product, the ad objectified women and was likely to cause serious offence to some people,” the ASA said.

That’s right; If one moron is offended, the entire ad gets pulled forever. Welcome to Clown World UK.

In contrast, ads promoting tourism for the homophobic nation of Brunei, which recently passed a new law allowing gay people to be stoned to death, continue to appear on the London Underground. 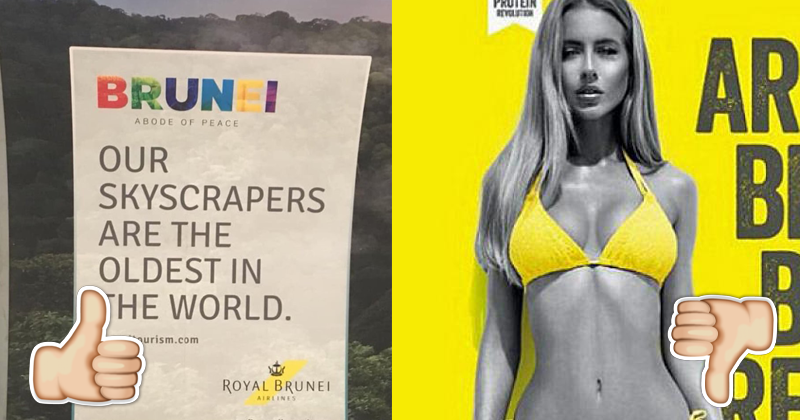 Discrimination against women in Brunei is also rife, with the U.S. State Department warning that it is a massive problem in the country.

Back in 2015, an ad showing a woman in a yellow bikini which asked “Are you beach body ready?” was also banned by the Advertising Standards Authority after complaints that it “body shamed” women.

Apparently, it’s fine to advertise services and products that benefit nations which oppress women, but showing an attractive woman on a commercial in the UK is verboten.