A family is suing the Universal Studios theme park after one of its characters made the OK hand gesture during a photo.

According to the Zingers, the person disguised as “Despicable Me’s” Felonious Gru intentionally made the hand symbol while taking a photo with the family’s 7-year-old autistic daughter during a character breakfast last March at the Orlando, Florida, amusement park.

“When I was taking the picture he had his hand regular but when I look down at the camera he took the opportunity because everything is smaller looking at the camera compared to your view,” mom Tiffany Zinger told local media.

“I looked through all my pictures and said, we can’t use this one because something going on with it.”

Last month, the Anti-Defamation League revised its list of hate symbols and added the “OK” gesture as a “racist hand sign,” claiming it has “white supremacist connotations.” 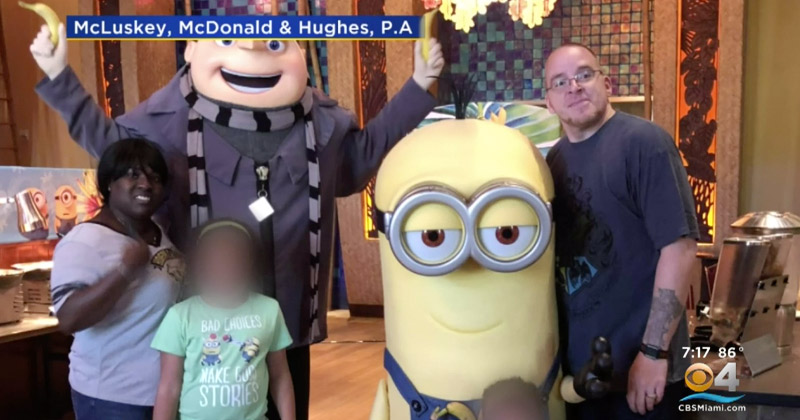 The mom also believed Gru made another insulting gesture when he never touched her and held up two bananas in a different photo, despite bananas being a staple minions joke.

A lawyer for the family says they “are interested in assuring that this doesn’t happen to any other family or any other child. They’re not necessarily interested in filing a lawsuit they want to effectuate change.”

Universal Studios said it had fired the person who was inside the Gru costume that day.

The Zingers are both Iraq war veterans and an interracial couple.

Former President Obama has been pictured flashing the “white supremacist” OK hand gesture that a Cub’s fan was banned for flashing recently.

By the way, we are in the final days of the Black Friday Comes Early sale! Get 50% off products with double Patriot Points and free shipping right now!