Update (0855ET): Secretary of State Mike Pompeo told Fox News on Wednesday that the US knows that the pandemic began in Wuhan, but that China still refuses to disclose information about their facilities and is engaging in ‘classic communist disinformation.’

He added that the CCP must be held accountable.

A US government analysis leaked to the Washington Times concludes that the Wuhan Institute of Virology or the Chinese CDC is the “most likely” source of the COVID-19 pandemic which has killed over 200,000 people worldwide in roughly four months.

The document, compiled from open sources and not a finished product, says there is no smoking gun to blame the virus on either the Wuhan Institute of Virology or the Wuhan branch of the Chinese Center for Disease Control and Prevention, both located in the city where the first outbreaks were reported. –Washington Times

And while we may not have a smoking gun proving that COVID-19 escaped from the Wuhan lab, “there is circumstantial evidence to suggest such may be the case,” according to the report.

Stored away and forgotten until January this year, the sample from the horseshoe bat contains the virus that causes Covid-19. -WSJ

What’s more, while the Wuhan Institute of Virology is located around 20 miles from the wet market where roughly 40% of the original outbreaks occurred, China’s CDC is located roughly 900 feet away as the bat flies. 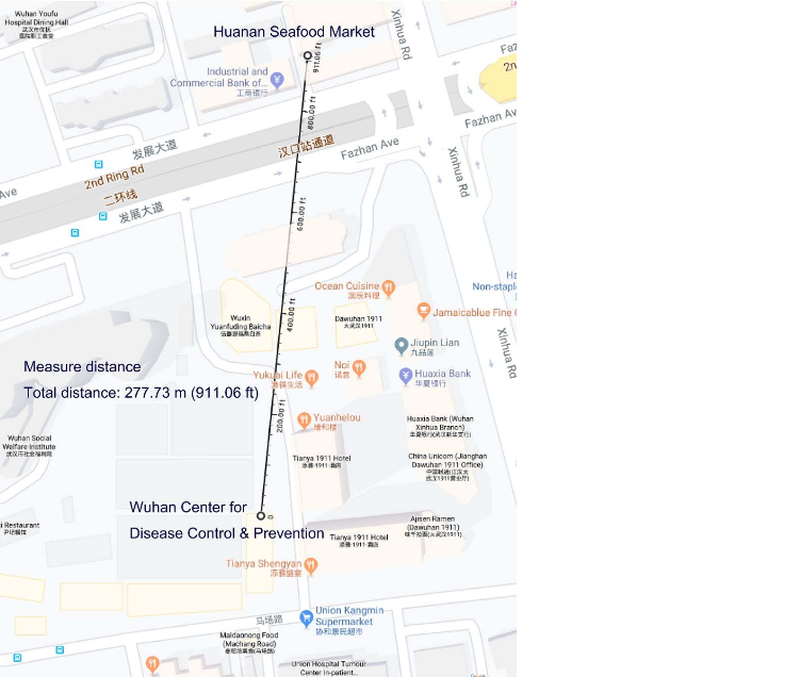 “All other possible places of the virus’s origin have been proven to be highly unlikely,” the government document concludes – a copy of which was obtained by the Times.

Chinese authorities have said the origin of the virus is unknown but initially stated that it came from animals at a “wet market” in Wuhan where exotic meat is butchered and sold. They said the virus may have jumped from bats to animals sold at the market last year and then infected humans.

U.S. officials have grown increasingly skeptical of that version of events. President Trump confirmed this month that “a lot of people” are investigating the origin. Army Gen. Mark A. Milley, chairman of the Joint Chiefs of Staff, said U.S. intelligence agencies are investing whether the virus escaped from a lab or was the result of a naturally occurring outbreak. -Washington Times

“The most logical place to investigate the virus origin has been completely sealed off from outside inquiry by the CCP,” the document reads, referring to the Chinese Communist Party – which has taken ‘draconian’ steps to control information regarding the virus since January.

“A gag order to both places was issued on Jan. 1, 2020, and a major general from the PLA who is China’s top military microbiologist essentially took over the [Wuhan Institute of Virology] since mid-January.”

A medical doctor named Wu Xiaohua has launched an online campaign to expose the work of Shi Zhengli – who Wu claims used lab animals to test the virus which could infect humans. One of those animals, suggests Wu, may have been the origin of the pandemic.

Wu also suggested that animals from the WIV weren’t properly disposed of, and in some cases were sold as pets. According to the report, lab workers reportedly boiled and ate used laboratory eggs.

“Wu’s charges of WIV management negligence are specific and have not been convincingly rebutted by WIV,” claims Wu.

Shi, meanwhile, said “I promise with my life that the virus has nothing to do with the lab,” in response to the accusations.

Another piece of evidence contained in the government memo is the disappearance of WIV lab worker Huang Yanling, who some suspect is “patient zero.”

“Huang worked at WIV but she is the only WIV employee whose biography, profile and picture have been deleted by WIV on its website, fueling speculation of foul play,” reads the report.

The institute, meanwhile, claims that Huang is healthy and left the institute to work in another province.

That said, “Huang herself has never appeared in public and she has since disappeared,” according to the report – which notes that China’s internet has been abuzz with speculation as to her whereabouts.

Amid the controversy, China has imposed restrictions on all publications regarding the origins of COVID-19, while many have claimed the virus couldn’t have come from the lab.

Yuan Zhiming, director of the Wuhan Institute of Virology, stated publicly this month that “there is no way this virus came from us.”

Edward Holmes, an evolutionary virologist at the University of Sydney in Australia, said there is no evidence that the virus that causes COVID-19 in humans “originated in a laboratory in Wuhan, China.”

He said the bat virus kept at the Wuhan Institute of Virology was sampled from a different province and that the genome sequence divergence between that virus, RaTG13, and SARS-CoV-2 “is equivalent to an average of 50 years (and at least 20 years) of evolutionary change.”

“Hence, SARS-CoV-2 was not derived from RaTG13,” he wrote in a piece for the Science Media Center.  -Washington Times

The Times also notes that several academic papers have concluded that no evidence exists that the virus was manufactured in a lab, however the question of whether it was a natural virus which may have escaped is still the subject of heated debate.

China, meanwhile, is blaming the United States – and has suggested that the US Army or the CIA developed the virus and covertly released it in China. Chinese research fellow Shi Yi of the Institute of Microbiology, Chinese Academy of Sciences, said that it’s too early to make a judgement on the allegations.

The remarks came amid circulating reports alleging that the Fort Detrick laboratory, which handles high-level disease-causing materials such as Ebola, in Fredrick, Maryland, may be the origin of the deadly novel coronavirus, which has infected more than 2.6 million Americans with nearly 20,000 deaths as of 4:30 pm Thursday.

The lab was ordered to shut down in July 2019, reportedly for multiple causes, including failure to follow local procedures and a lack of periodic recertification training for workers in the biocontainment laboratories.

Some other posts on social media platforms also alleged that a US armed diplomatic driver and cyclist who was in Wuhan in October 2019 for the cycling competition in the Military World Games, could be patient zero for COVID-19 in Wuhan. –Global Times (state-owned)

Meanwhile, China has threatened Australia with severe economic consequences if they continue to investigate the origins of the pandemic.

On Monday, Chinese Ambassador Cheng Jingye told Sky News  that while China’s response may not have been “perfect,” Australia’s inquiry was “dangerous,” and could lead to Chinese consumers avoiding Chinese exports and travel.

So what is being done by the Australia side?” asked Cheng. “The proposition is a kind of teaming up with those forces in Washington and to launch a kind of political campaign against China.”

“The Chinese public is frustrated, dismayed and disappointed with what Australia is doing now,” said Cheng. “I think in the long term… if the mood is going from bad to worse, people would think ‘Why should we go to such a country that is not so friendly to China?’ The tourists may have second thoughts.”

Perhaps it’s because, according to the Daily Telegraph, “the Five Eyes intelligence agencies of Australia, Canada, NZ, UK and US, are understood to be looking closely at the work of a senior scientist at the Wuhan Institute of Virology, Peng Zhou,” spent three years working at the Australian Animal Health Laboratory between 2011 and 2014, where he was sent by China to complete his doctorate. 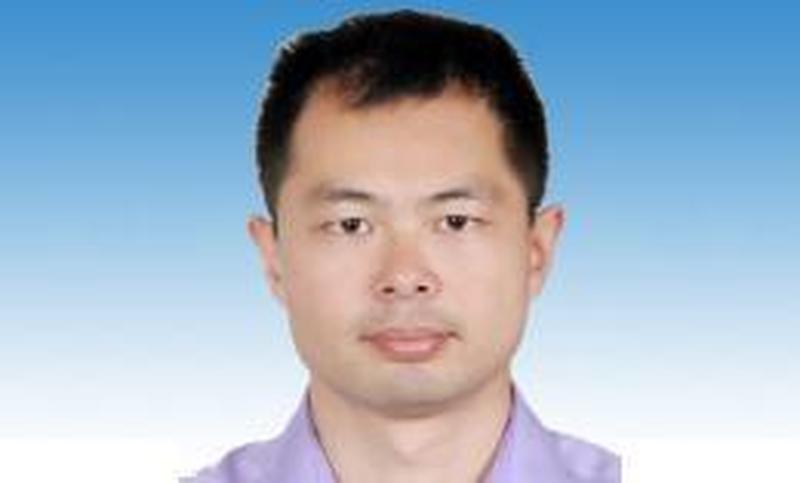 During this time, Zhou arranged for wild-caught bats to be transported alive by air from Queensland to the Australian Animal Health Laboratory in Victoria where they were euthanised for dissection and studied for deadly viruses.

His work was funded jointly by the CSIRO and the Chinese Academy of Sciences.

Western intelligence is also looking into Shi Zhengli, who also spent time in Australia as a visiting scientist from February 22 to May 21, 2016 – where she “used faecal samples of horseshoe bats to identify that they were the natural host for SARS-like coronaviruses,” according to the Telegraph report. 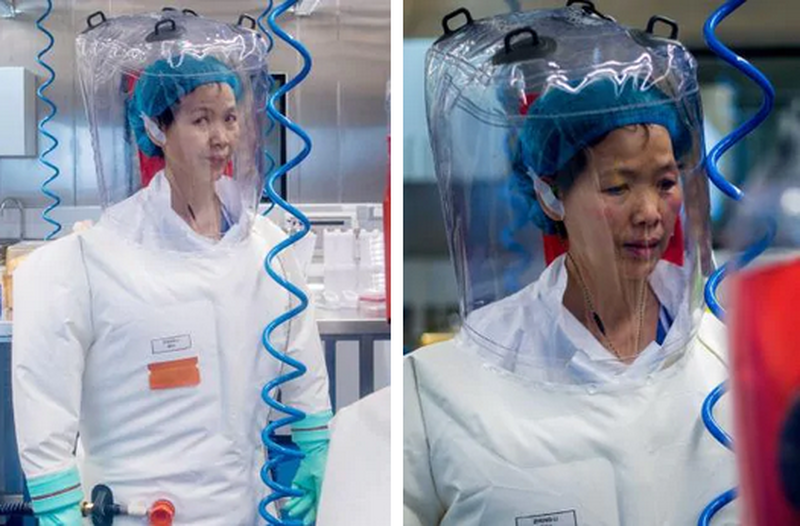 Who’s responsible for the Wuhan virus? China? USA? How about Fauci and the NIH who funded it when it was illegal AND unethical to do so?