Everyday French people have had it with climate ‘protesters’ sitting in the road and blocking traffic, as the following footage shows.

Just like in Britain, people trying to drive to work are sick and tired of their daily commute being continually disrupted by people in orange vests crowing about the world ending in 800 days and gluing themselves to the road.

Unlike in Britain, where the police give them cups of tea and make sure they’re warm, the cops in France aren’t pissing around: 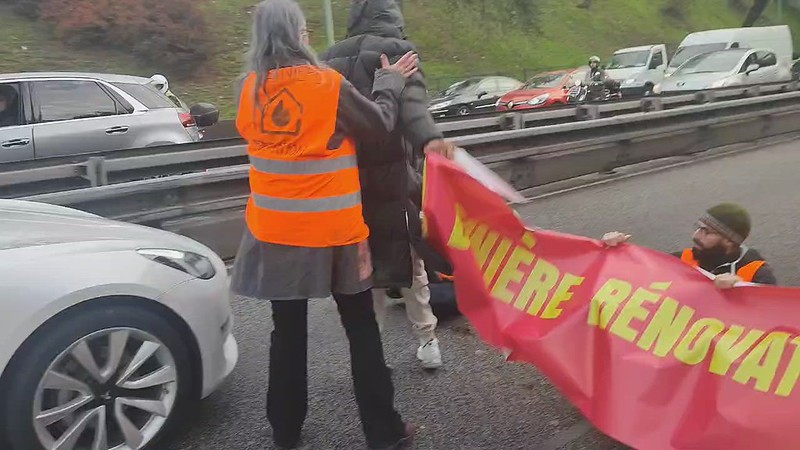 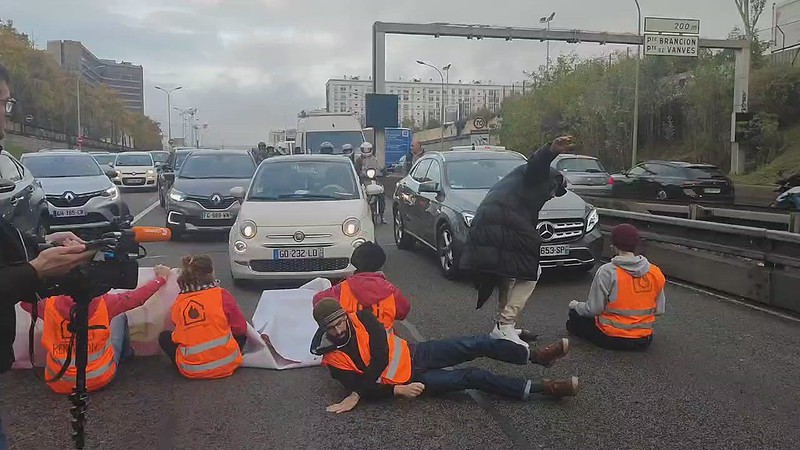 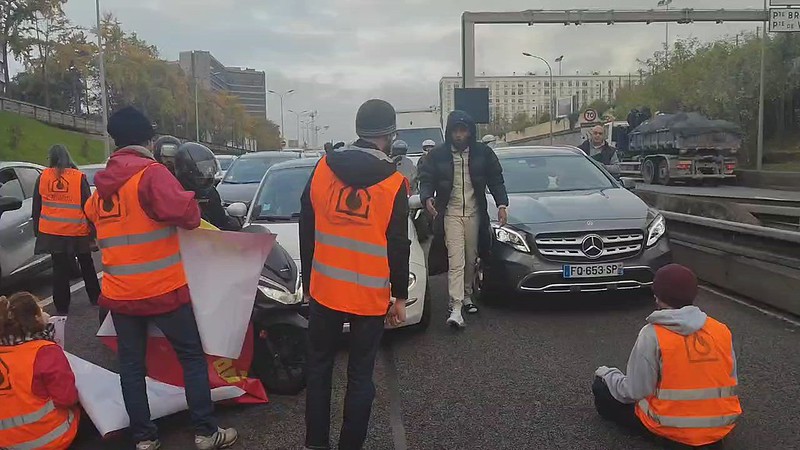 The ‘protesters,’ reportedly with the group ‘Derniere Renovation’ which translates as ‘Last renovation’ (what?) have been blocking traffic near Paris and in other French cities.

“The only way that we everyday people have left to put pressure on the government is to literally go and sit on the road,” says Victor, 25.

Who are the everyday people? If you have time to sit in the middle of a highway sulking, it ‘aint you mon cheri.

Victor also “locked” himself to a stage prop at an opera and was instantly booed and hissed at by the audience.

In the video above he “literally” claims such acts are “literally” the only choice now because “literally” everything else has been “literally” ignored by politicians, despite the fact that the insane green agenda has been adopted wholesale by practically every European government.

Those that aren’t sitting in the road are throwing paint all over artworks and sculptures:

As we’ve previously highlighted, the vast majority appear to be trust fund bed wetters with nothing better to do, trying to find a meaning to their lives.

Dozens of museums recently issued a statement condemning the attacks and stating that they are “deeply shaken by their risky endangerment.”

The culprits believe that attention-seeking to propagandize for climate change activism, a cause amplified by virtually every major media outlet, corporation, the entertainment industry, cultural institution, government and academia, is some kind of rebellious, edgy statement.

ALERT! In the age of mass Silicon Valley censorship It is crucial that we stay in touch.

We need you to sign up for our free newsletter here.

Support our sponsor – Turbo Force – a supercharged boost of clean energy without the comedown.