The nearly five hour interview, which stats recently showed was Rogan’s most watched episode of 2019, was scrubbed from its spot as the second entry when sorting through the podcast channel’s “Most popular” uploads.

On Thursday, the video could not be found through this method, despite having a view count of over 17 million. 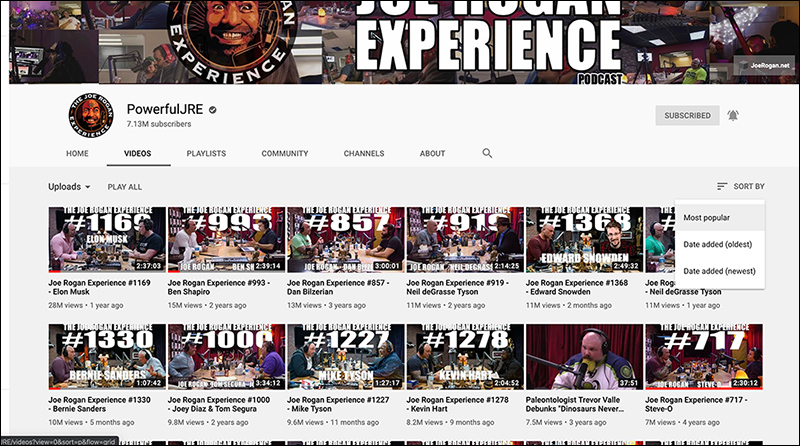 Interestingly the video, episode #1255 titled “Alex Jones Returns!” had not been deleted and could still be found when searched via the search bar on the Rogan channel’s main page. 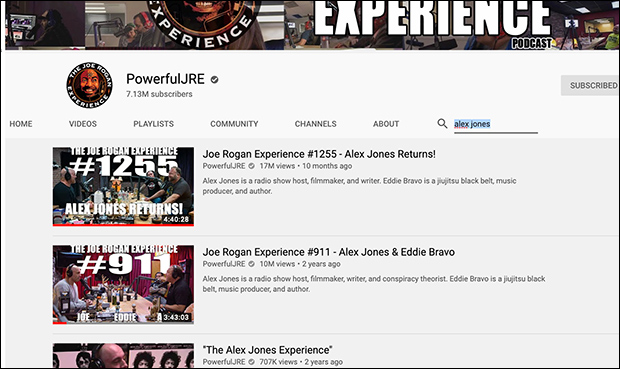 As of Friday morning, YouTube appears to have rectified the issue. 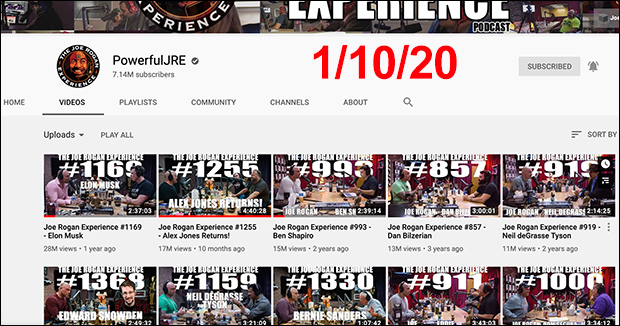 Alex Jones believes the video’s disappearance could be tied to real time manipulation of the platform’s algorithms, especially as his interview with Rogan has recently begun appearing as the top result for the search term “Alex Jones” on YouTube, whereas previously it did not (a search for “Alex Jones” typically served up Megyn Kelly’s interview with Jones as the first result):

Current, as of Friday: 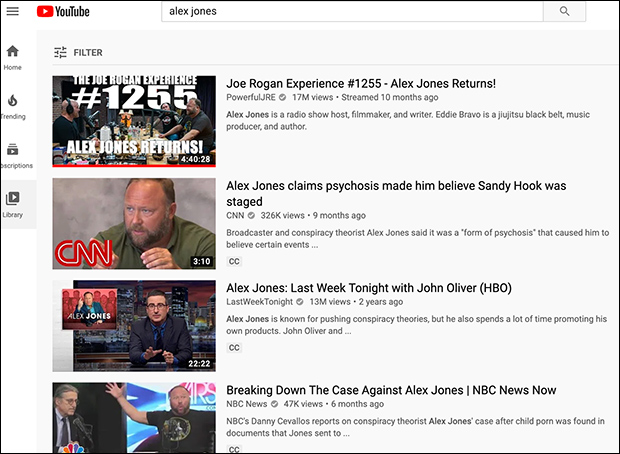 All this comes as stats recently showed episode #1255 featuring Jones was both Rogan’s most viewed and most liked video of 2019. 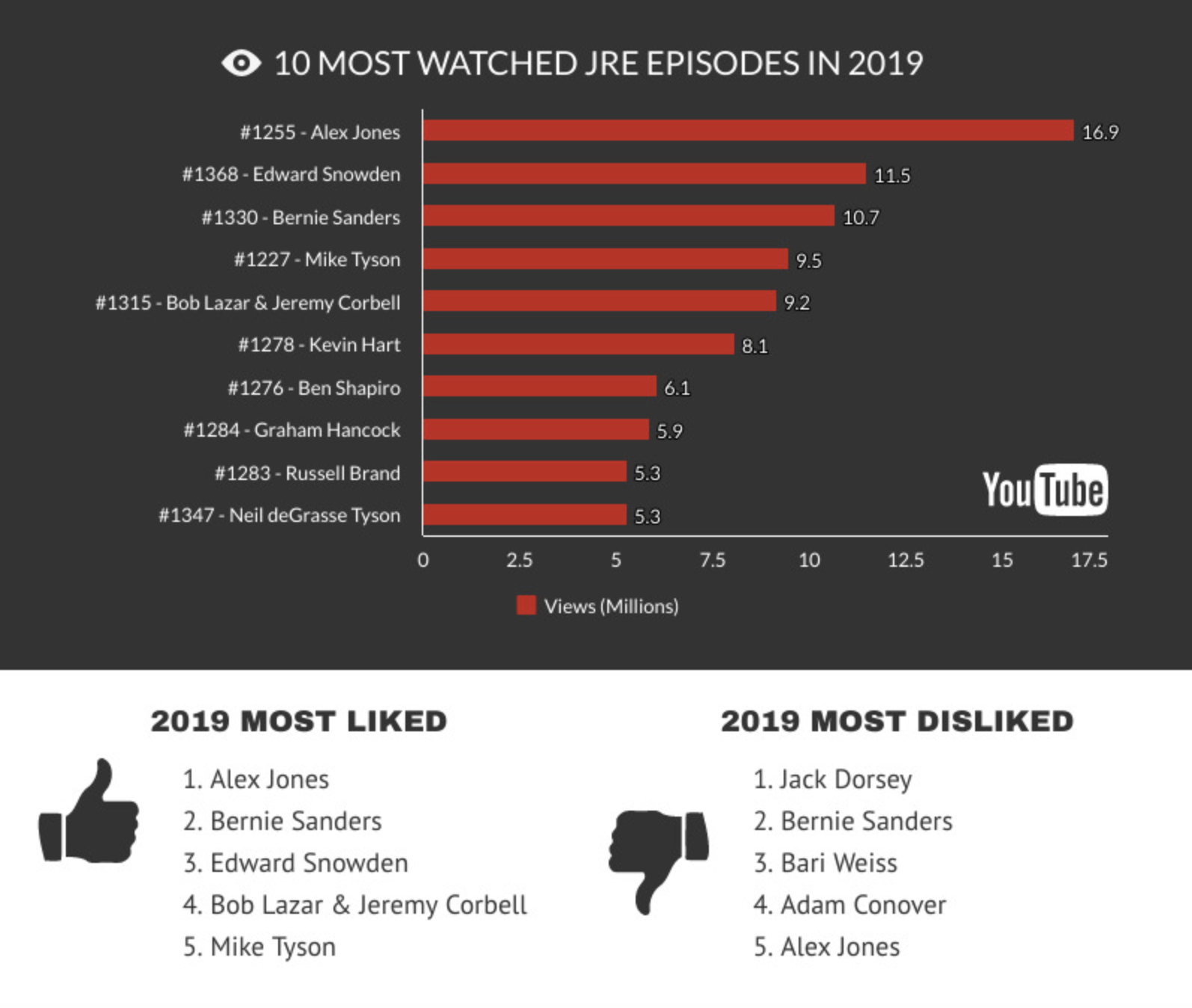 YouTube notoriously censored Jones from its platform on August 6, 2018, on the same day Facebook and Apple took similar actions toward Infowars.

A YouTube spokesperson told Infowars the issue appeared to be a bug, but could not elaborate on the technical issue.

Representatives for Joe Rogan did not respond to a request for comment.

Zach Vorhies was once an engineer that worked in the highest levels of Google. Zach, who is now a whistleblower on Big Tech, joins Owen to discuss the latest constitutional violations by YouTube.